Labor leader aims to pull money from managers who promote retirement cutbacks; a billboard over Times Square Daniel Loeb, Paul Singer and dozens of other hedge-fund managers have poured millions of dollars into promoting charter schools in New York City and into groups that want to revamp pension plans for government workers, including teachers. The leader of the American Federation of Teachers, Randi Weingarten, sees some of the proposals, in particular the pension issue, as
Mark Schoeff Jr., Investment News

Recent 'Last Week Tonight' segment is just one example of the growing awareness of this issue. For the last six years, the debate over a Labor Department regulation to raise investment advice standards for retirement accounts has been conducted mostly among regulators, lawmakers, industry officials and financial advisers. Now the people the regulation targets — investors — are getting into the conversation. The process of taking fiduciary duty to Main Street was boosted by a
Steve Rattner, The New York Times

Having long fretted over the state of our retirement system, I was delighted that the Department of Labor is vigorously defending its new rule requiring brokers to recommend only investments that are in the best interests of holders of retirement accounts. Hats off to the Obama administration for forcefully addressing the very real conflict between commission-based financial advisers and their clients. But the country’s retirement problems are vast and require much more refor
Charlie Hennerman, CFA Institute Blog 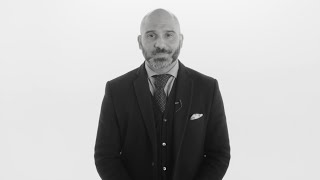 Our friends at the PRI recently celebrated their 10th Anniversary. More than 420 PRI signatories and stakeholders flocked to New York in support. During the conference, they shared a Challenge video which we are happy to promote through our Heartland network. Watch, share and join the challenge for responsible investing!
AFL-CIO HIT

AFL-CIO HIT and community partners to renovate 300 single-family homes The AFL-CIO Housing Investment Trust (HIT) announced today that it will invest up to $30 million in the Detroit Neighborhood Home Repair Program, a partnership with leading civic and community organizations to rejuvenate up to 300 single-family homes and properties that have faced decades of blight. “It is wonderful to see the AFL-CIO, an organization that played such an important role in building Detroit,
Marc Stiles, Puget Sound Business Journal

The Multi-Employer Property Trust is helping finance the construction of 9th & Thomas. MEPT requires that all contractors working on its projects sign collective bargaining agreements with trade unions. Seattle-based Bentall Kennedy advises MEPT, a $7.5 billion fund. With 9th & Thomas, the Redmans wanted the craftsmen and women who have been part of Sellen Construction's success to benefit. Pension plans are the investors in MEPT, and they'll get some of the cash flow from 9t
Heartland Network

Ana Lei Ortiz is a Managing Director of Relationship Management at Hamilton Lane. She joined joined the firm in 2008 and currently focuses on the Europe region. Prior to joining Hamilton Lane, Ms. Lei Ortiz was with various areas of HSBC. She is a CFA and holds her M.A. from the University of Edinburgh. Your firm was established in 1991. Total assets under management, and assets under management that follow a responsible investment mandate? We manage approximately $37.5 billi
Katrina vanden Heuvel, Washington Post

Wall Street’s big banks remain too big to fail and its bankers apparently too big to jail. If Wall Street is ever once more to serve Main Street rather than sabotage it, citizens will have to do the heavy lifting. Last week, a three-judge panel of the U.S. Court of Appeals for the 2nd Circuit overturned a verdict against Bank of America for falsely peddling lousy mortgage loans, showing yet again that the Justice Department and courts have offered no remedy for what the FBI o